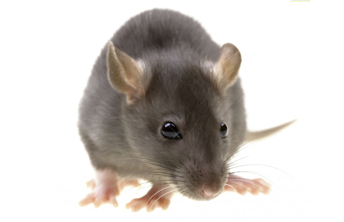 Spreading diseases such as salmonella, weil’s disease, e.coli, cryptosporidiosis and tuberculosis, and potentially causing significant damage to property, rats are an unwelcome visitor to any home or business. The two most common are the Black Rat (Rattus rattus) also known as The Ship or Roof Rat and the Brown Rat (Rattus norvegicus) or The Common, Norway or Sewer Rat.

The Brown Rat
The Brown Rat was introduced to Ireland from Russia in the 18th century and is now the more common of the two rat species in Ireland. It can be found in urban and rural areas, indoors and outdoors and is often associated with sewer systems.

The Black Rat (Rattus rattus)
The Black Rat is taught to have originated in Southeast Asia and reached Europe in the middle ages, there numbers are low in Ireland and their main habitats are in port cities like Dublin, Cork and Waterford where they can be found on visiting ships and in the port’s warehouses. Unlike the Brown Rat, the Black Rat only lives indoors in Ireland and is rarely found in sewers.

SIGHTINGS. The sighting of a rat means there is a good chance of an infestation and frequent sightings may mean the infestation is large.

RAT RUNS. Rats tend to follow the same routes, indoor rat runs can be discovered in dusty places and outdoor runs appear as continuous depressions in vegetation or paths of bare earth.

SMEARS. Dark coloured smears can build up over time along routes or runs where the rat brushes against a surface leaving dirt from it’s fur.

NESTS & BURROWS Burrows of the Common Rat are normally found on sloping ground like river banks or ditches, or beneath tree roots, logs or pavements. The hole is approximately 70 – 120mm wide. Indoors, Common rats will tend to find shelter in the fabric of a building, such as in a hollow wall. Black Rats can normally be found nesting high up in a building.